I tried to integrate a story in this puzzle game, but the puzzles turned out to be very difficult.

Unfortunately, I cannot change the levels until the jam ends

If you wish to finish the game and know what's in the end, here are answers to the puzzles: Link


It is best played in the last version of Chrome

This game was made in 6 days for Gamedev.js Jam 2021 using Typescript, React, Effector and HTML Canvas

The year is 2077. People are completely lazy and instead of working, they hang out all day long on the Internet and watch memes. The governments of all countries have joined together to put an end to this. To make people work, they decided to ban all online entertainment, including memes.

Governments have hired the best people to create a global firewall that encrypts all memes on the web. And it worked. They created a powerful software called "Crooked Mirror". Now all memes are crooked and people are forced to work, because there is nothing else to do.

But even in such a dark hour, there were people who were ready to stand up for freedom. The hacker group "Looking Glass" is our last chance for salvation.

They managed to recreate the algorithm of the "Crooked Mirror" and design software that allows you to pick up the decryption.

You are one of them. You shall help them to decrypt those memes and save the Internet.

This game is a puzzle and your main goal is to restore an original image by flipping the image parts in X or Y direction.

For each image you will have several buttons representing steps the image was flipped, plus some extra ones to confuse you :)

Just click the buttons and see the effect, I'm sure you will figure it out

UI design and code made by myself

Music is from Free Radio API

Icons are from Flaticon
More information 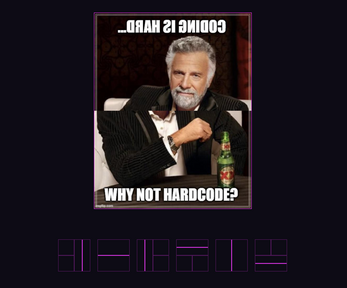 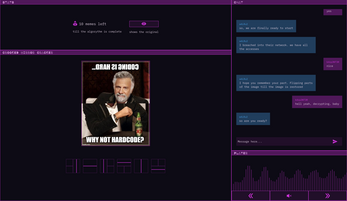 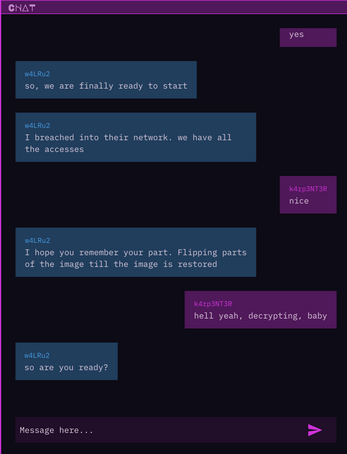 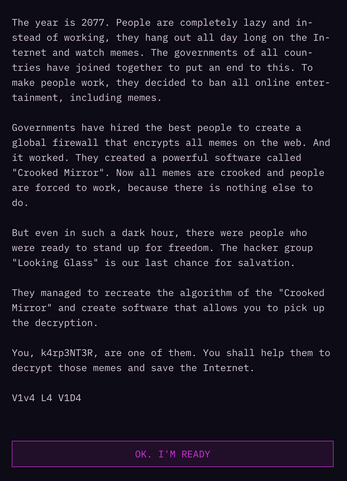